As per the CBC article, (Ref 1) e-bikes may hold the key to greener transportation. As per Gregor Macdonald, a journalist and author of the e-book Oil Fall, although electric cars are considered as the effective way to de-carbonize the transportation sector, people are waking up to the benefits of a smaller, stealthier ride.
E-bikes are cheaper in $1,000-$5,000 range compared to electric car for which the lowest price is about $30,000. An e-bike is going to allow many families to think about going from two cars to one car.
Macdonald said a typical adult rider can get a range of about 30-40 kilometres on a single charge, which makes e-bikes well-suited to the average daily commute. And on an e-bike with a bit of storage, it can be used for that trip to buy groceries and even transport other people.

Since e-biking is not as sweat-inducing, it’s a more viable option for those who wear a suit or dress to work. Some employers are taking notice, enticing their staff with special incentives for riding electric bikes to work. Attesting to the physical health advantages of commuting this way, the city of Copenhagen reports that residents who cycle request 1.1 million fewer sick days (Ref 3). 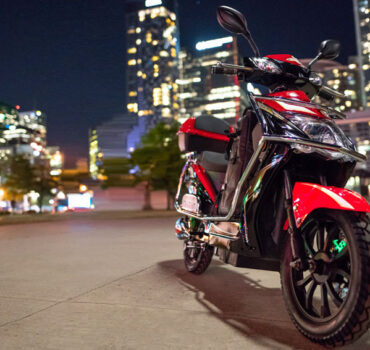 E-bike enthusiasts also cite the mental benefits of this thrill ride, likening it to the feeling of freedom first felt as a child taking to two wheels. Commuters arrive at work or home relaxed, with no need to decompress, a vast difference from their mental state after sitting in a car in city traffic.

Already the vast majority of Americans live in urban areas, according to the U.S. Census Bureau (Ref 3), which forecasts that the number will continue to rise. As municipalities plan for future growth, the one-car-per-person model won’t be sustainable. This is creating a vast market for commute-friendly vehicles that don’t require fossil fuel, sweat power or quads of steel. E-bikes fit the bill.

For many, lack of mobility is one of the first hurdles to find a job. E-bikes can offer a means of inexpensive travel, which brings people closer to jobs.
One do not need a license or registration to ride an e-bike. There is no expenditure on gas, insurance and parking fees which means lots of savings.
E-bikes also became popular as an alternative to public transport at a time when attempts are being made to maintain social distance.

The growth of e-bike popularity is also because an electric bike exists for every type of use and desire. Whether it is for the regular commute to work or those weekend biking trips or for exercise, e-bikes are available in various styles and budget as desired by the customer.

No products in the cart.